“Trust is the most important thing when you are working in health care.” ~Jignesh Mahida 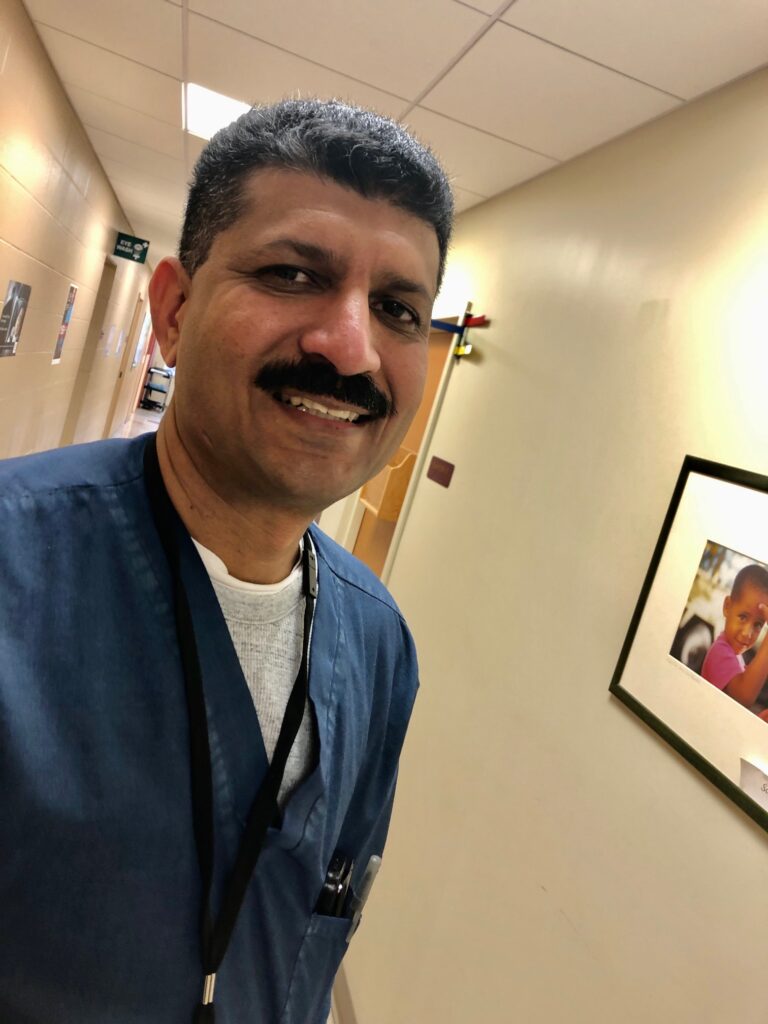 When he first settled in the Berkshires in 2009, Jignesh Mahida found CHP while seeking health insurance help. Soon after, he became a CHP patient and in 2017, he was hired as a medical assistant at our Great Barrington Health Center.

Today, Jignesh is the first person to greet many CHP patients when they arrive for an appointment: he updates medical history, checks blood pressure, weight and temperatures. His work prepares health care clinicians for their patient visits.

When he’s not at his day job, he is at work operating Mountain View Motel in Great Barrington with his family.

He grew up in Gujarat, India and was educated as an electronics engineer, but his plans changed and he immigrated to the U.S. in 2001 to join his wife, Rita in Pennsylvania. He worked there for a medical supplies packaging business, but a few years later a Berkshire-based cousin and hotelier encouraged him to move to the Berkshires.

In 2009, Jignesh and his family, including his parents, bought the Mountain View Motel. In 2014, he added a second job to his life: he became a certified nursing assistant at a nearby skilled nursing facility.

But as a CHP patient and observer of CHP’s impact in our community, he knew this was where he wanted to work. In May 2017, he was hired.

“I was watching all of the ways CHP was serving the community. It was and is phenomenal,” said Jignesh, who is still a CHP patient. “These are very helpful people, and I believe I am helpful in caring for patients.”

At CHP, his priority is helping patients feel at ease. His easy manner and caring demeanor create a sense of calm and well-being that improve the patient experience.

But his CHP advocacy doesn’t end with the workday. One story he shares: a former motel guest had been preparing to move to Great Barrington for work, and he referred her to CHP for both insurance and health care.

“Now, when I go to buy wood pellets at the store where she works, I say hi to her, and we talk,” he said. “This is a small way that I serve my community.”