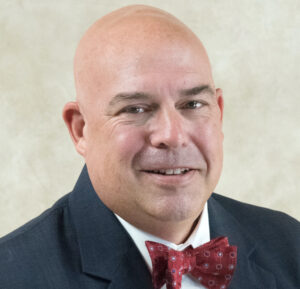 On the spectator sidelines of the complex 2020 horse race for a safe and effective COVID-19 vaccine, medical professionals, immunologists, researchers and medical historians are more than impressed.

Never has a life-saving vaccine passed so quickly from development through vetting, clinical trials and FDA approval into the arms of potential virus patients.

Read this column in The Berkshire Eagle

It’s not the science of COVID-19 vaccine development that has impressed many of us, since the fundamentals of vaccine science have been well-established for the last century. Rather, it’s the unprecedented rapid pace of a normally cumbersome process, which, under “normal” circumstances, can take five to 10 years or more to plod through to approval. But what impresses so many of us — the speed of COVID-19 vaccine development — has also caused distrust and hesitancy among many others. How could a new vaccine developed so fast be safe? How can we know for sure? Distrust over a rapidly developed vaccine is a reasonable concern, given the typically glacial pace of vaccine development and approval (or any medication, for that matter). The shameful historical reliance on minority groups for medical experimentation is another legitimate basis for pause. But there remains a thin line between justified skepticism, which deserves a legitimate response, and conspiracy theories that threaten our ability to reach a safe level of COVID-19 immunity.

By focusing on the basics of vaccines science, and on the role of money in vaccine development, we can hope to better inform and win over those still unsure about baring an arm.

Vaccination concepts were first documented hundreds of years ago: live or dead viral matter, when introduced to a healthy person, creates immunity to, or reduces illness from, that very virus. The science has remained essentially unchanged since. What has evolved is our scientific, technological and industrial capacity to produce vaccines and our global capacity to inoculate billions of people.

In the late 1600s, a Chinese emperor declared that he had “saved the lives and health of millions of men” from smallpox by advocating taking viral smallpox cells or scabs from the skin of a sick patient and inserting them into the nostrils of those not yet sick. But smallpox persisted for centuries, accelerating in deadly waves that began in Europe and traveled across oceans and continents with global explorers, trade and immigration. A reliable smallpox vaccine was developed in the late 1700s, but the virulent disease persisted for two more centuries. Finally, in the late 1960s a more orderly global smallpox eradication campaign took shape, and the last case of smallpox was reported in a Somali man in 1977, who recovered. In 1979, the World Health Organization declared smallpox eradicated.

The same vaccination principle — using a virus to fight a virus — were deployed against polio, diphtheria, tetanus, pertussis, measles, mumps, rubella, hepatitis B, tuberculosis, pneumonia, meningitis, influenza and other contagions.

Six coronaviruses have circulated since the 1960s; the most recent were the SARS (2003-04) and MERS (2012). Vaccines for those coronaviruses were in development but were not brought to completion as the illnesses ebbed and the need slackened. Still, the scientific principles behind the SARS and MERS efforts formed the basis for the COVID-19 (also known as SARS-CoV-2) vaccine.

New in two of COVID-19 vaccines (Pfizer-BioNTech and Moderna) is the use of “messenger RNA,” or mRNA, to teach our cells to produce a piece of a protein that triggers an immune response to COVID-19. (Contrary to one circulating rumor, mRNA does nothing to genetically alter our DNA). But even this adjustment still relies on using a piece of the virus to fight the virus.

With the science already well-established, other factors sped development of the vaccine. The U.S. government invested billions in unprecedented up-front payments to drug companies to pre-purchase vaccines. Clinical trials got under way quickly, as thousands of willing volunteers quickly stepped up (typically, recruiting clinical trial volunteers can take years). Administrative and oversight logistics were also accelerated in light of a global public health emergency. And with so many people falling sick, the time period for vaccine study was vastly shortened.

When vaccines began rolling out of manufacturing sites into trucks, planes and military vehicles, they carried efficacy rates ranging from 67 to 95 percent — with the Pfizer BioNtTech and Moderna vaccines vastly exceeding early predictions. And public support for vaccine development was dramatic.

Never before have ordinary Americans had such a front-row seat and vested interest in the riveting evolution of a vaccine. From early development to testing, vetting, snafus and trials, it’s been dramatic to see how quickly our pharmaceutical development process can pivot in response to a severe, global public health emergency. This vaccine will impact the health and life of each and every one of us, from here at home to around the globe.

And yet, there are two grim downsides to the victory of the COVID-19 vaccine: Some people will not choose to seek the immunity the vaccine assures. And equal access to the vaccine both here and around the world is by no means guaranteed. Only when bright minds can apply the rapid vaccine development lessons to global vaccine distribution can we claim a clear victory.